The ISU Portfolio is a 391-bed portfolio of 8 student housing properties within walking distance of Illinois State University in Normal, IL. The portfolio was acquired in January, 2017 and refinanced in March, 2018. The ISU Portfolio of properties is currently undergoing nearly $1M in capital improvements including the conversion of 406 Broadway to all 4 Bedroom/2 Bath units and various interior and exterior upgrades. 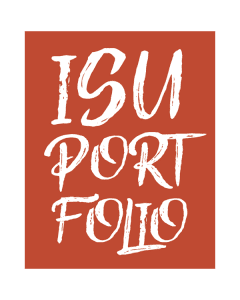 Shaun is a Partner of Jackson Dearborn Partners, where he oversees acquisitions & site selection, with a main goal of growing the JDP portfolio. Shaun brings a very diverse background with 25 years of business experience in multiple industries including the last 18 years in real estate. Read more

Before his business career started, Shaun served his country for six years, four of which were as a Sonar Technician stationed aboard the USS Salt Lake City, a nuclear attack submarine. Following his honorable discharge from the service, Shaun spent nine years employed in the securities industry mainly as principal of his own derivatives trading firm. He went into real estate in 2003 as a broker at Marcus & Millichap before founding Triad Real Estate Partners in 2010 and Jackson Dearborn Partners in 2014.

Shaun graduated from Eastern Illinois University, is a licensed real estate broker in five states, and holds his Series 3 and Series 7 FINRA designations. Shaun is a long time Chicago resident and lives in the South Loop with his wife Maureen and their daughter.

Jackson Dearborn Partners is headquartered in downtown Chicago with regional offices in Ann Arbor and Champaign. Use the form below to contact us regarding acquisitions, development, or investment opportunities or just simply enter your email address below to add your name to our mailing list.